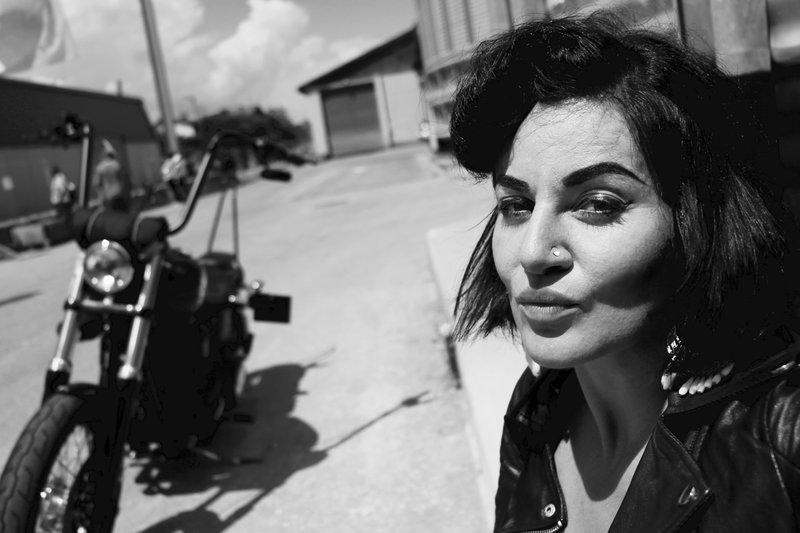 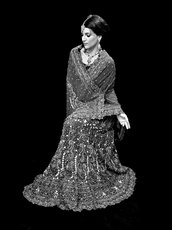 by Petra Zechmeister, in People

Petra Zechmeister: Your German is quite good!

Tereza Kuldova: Ah, that’s why we are making this interview in English! But yes, with the help of the local cheerful population, learning goes rather quickly. Recently, in the restaurant carriage of a train from Vienna to Linz I met a couple of men determined to teach me some real Austrian expressions. I had to bravely repeat the following: „schöne Wadl haben die Madl“ and „geh ma net am Oasch Oida“. One feels immediately at home.

"It appears that sometimes you can observe the extraordinary of the ordinary only as an outsider."

Anything that strikes you as peculiar in Austria, being an anthropologist?

Coming from the Czech Republic, known for its prevalent atheism, religiosity and the ability of the church to incorporate even pagan rituals is striking and interesting. During the football EM, we were in the countryside and went to a celebration of the bonfire celebrating the summer solace (Sonnenwendfeuer) and on top of the bonfire there was a nicely made strawman dressed in Ronaldo’s soccer jersey, waiting to be set on fire. But before that, the local priest, imported from Africa, held a long speech and then blessed this fire with the holy water! I thought this was absolutely fascinating to watch, even more because of how ordinary it appeared to the people who attended the event. It appears that sometimes you can observe the extraordinary of the ordinary only as an outsider.

Tereza Kuldova is a social anthropologist and fashion curator, specialized on contemporary India.

Not the research about classical music or the architecture of the decent century brought you to Vienna, but the interest of the subculture of motorcycle clubs. Is Vienna somehow a hot spot of these tough guys?

I have received a research grant from the Norwegian Research Council for a three year project that focuses on outlaw motorcycle clubs such as for instance the iconic Hells Angels MC in central Europe, especially in Austria, Czech Republic, parts of Germany and Slovakia. This has brought me to the University of Vienna, where I am now a senior visiting researcher. The project looks at the subcultural fashions and aesthetics in relation to the ideology of these clubs. In particular, it investigates the cultural logic of logos and symbols within the biker subculture.

Aren’t the logos of the biker’s subculture enormously important for them?

These logos are considered “sacred” and are often even protected by trademark law. These logos and symbols are also interwoven with different ritual practices. As such, they are the primary carriers of this culture, spreading it across the globe. It is precisely this aesthetic, logos and the associated rituals that have enabled this subculture to thrive and grow. This focus on the cultural logic of logos and symbols within one subculture can, I believe, tell us also something general and universal about our need for symbols of belonging. A universal feature of humanity so effectively exploited by contemporary capitalism.

"I had no clue about India, but eventually, through the language I became passionate about understanding the culture."
In her etnographic book "Luxury Indian Fashion: Social Critique", Tereza Kuldova examines the dependency of Indian luxury fashion on the production of thousands of craftsmen in India and shows a complex system of hierarchies and exploitation.

Tereza, when we first met, a little more than a year ago, you lived in Norway and you just finished writing a book called “Luxury Indian Fashion: A Social Critique”, a reworked and shorter version of your Ph.D. Thesis. Let me ask you, how did you get to Norway and why do you talk to me in Indian English? Where did it all begin?

…in Prague! Well, that is a long story. Initially, I studied social anthropology in Czech Republic and at some point in 2006 I was asked to apply for an EEA grant with Norway. I got the grant because of two things. Firstly, and that sounds a bit crazy, because of Jesus …

Yes, that Jesus and secondly, because I have studied Norwegian since I was fifteen or so and translated a book by Thomas Hylland Eriksen, a famous Norwegian social anthropologist, into Czech. So that is why they wanted me to apply for this grant, but then there was this other girl, older and more experienced, and it was pretty sure that she would get it. Alas, she joined some religious sect and when on hotline with Jesus, he told her: ‘Girl, you can't travel, you better stay in Czech Republic, nicely put with your spiritual sisters!’ And so I ended up studying anthropology at the University of Oslo.

"Outlaw Motorcycle Gangs", like the "Hells Angels", Tereza took a closer look at them in her research projects.

But having done all this, how is it that you ended up in Vienna studying outlaw motorcycle clubs, that seems like a stretch!

I was helping out my friend Lill-Ann Chepstow-Lusty, a photographer and curator, with curating an exhibition called „For the Love of Freedom“ in 2014 at the Historical Museum in Oslo. She was the one who had the idea to invited the Hells Angels MC to the museum, in the name of freedom – a very controversial moment at the time, as many people protested against „endorsing a criminal organization“. But she has managed to push the idea nonetheless and one day when, I was interviewing a Norwegian photographer, Marcel Leliënhof, who has followed and documented the life of the Norwegian Hells Angels, he mentioned how crazy they are about protecting their logo and that they have even sued Alexander McQueen. I immediately thought that this was a fascinating case, and that is how my project started.

But what about your Indian English? As I know you wrote a book about Indian luxury fashion!

Well, originally I wanted to study an extra language in addition to anthropology, and my first choice was Finnish. Alas, they did not have any Finnish classes, and then, since I had to choose very quickly, I picked Hindi. I had no clue about India, but eventually, through the language I became passionate about understanding the culture.

Film stills from "Lucknow: The Making of Chikan Embroidery"

And so when did you go to India for the first time? And why?

That must have been 2008, for my master research. I went to the North Indian city of Lucknow, the capital of Uttar Pradesh to look at the Hindu-Muslim relations in the city. At that time, most anthropologist and peace studies wanted to understand why conflict emerges. Instead, what fascinated me with Lucknow was the fact that the city experienced very little communal problems, most of the time it was marked by peaceful relations between different communities and communal harmony. So instead I asked, why is it that this city, positioned geographically in the very middle of a territory famous for communal strife, remains peaceful? It turned out that this had a lot to do with local history, or rather, with the celebrated almost mythical golden age of the city when it was ruled by the Nawabs of Awadh (1722-1856), Shia rulers from Persia, who managed, through shared ritual and celebrations, as well as the local economy, to successfully integrate different segments of population. Also, Lucknow sees itself as an enlightened and cultural city, harmonious relations being its trademark. An important, contemporary reason, is economic, namely the local craft cottage industry, which produces a special embroidery connected with Lucknow, called chikankari. The significant point here is that the production takes place through a multi-staged process, which includes many different professions – tailors, cutters, printers, washermen, dyers, embroiderers, merchants, exporters and so on. As such the industry creates networks of dependency that cut across the divisions of caste, gender, class, religion and even locality. As such, these economically significant networks of dependency create a bridge between communities and prevent communal strife.

The North Indian city of Lucknow is known for its special art embroidery, the so-called "Chikankari".

How did you get from there to writing a book about Indian luxury fashion?

Leaving India 2008, I noticed that suddenly fashion designers started coming to the villages looking for local crafts, such as chikankari, to patronize and include in their collections. This has led not only to sudden transformations of the production relations, plugging remote villages into the global elite fashion economy, but also led to an improvement of the quality of the embroidery, as old stitches and skills were being revived. I decided to investigate these changes by following this commodity and its production and consumption – from the impoverished villages to the fashion ramps and homes of the business elite consumers and wrote the book Luxury Indian Fashion: Social Critique (Bloomsbury, 2016).

What did you find out?

The figure of the designer was something new to India, that until the 90s, when first designers grew to prominence, knew only the artisan, the weaver and the tailor. The analysis of the power relation between the designers and craftspeople forms the core of the book. What interested me in particular was how the artisans were reproduced as an unidentified mass of skilled but untalented bodies that are traditional but not innovative, while the designers were at the same time modelled upon the ideal of a creative individual genius. Effectively, creativity and individuality of masses of talented and innovative people is denied, an ideology that also effectively keeps them in poverty. I have also looked at the business elite consumers of luxury fashion, again in particular analysing their ambiguous relation to the ‘low class Other’ marked by patronage, ignorance and anxiety – often at the same time.

My last question: How do you feel about Vienna?

Vienna is beautiful, the Kunsthistorisches Museum is my absolutely favourite place, a yearly membership is a must! The café on the top floor is just a perfect place to write, among all these fabulous objects horded by the Habsburgs. And the cafés! Café Engländer tops my list, with all the great waiters, each having a special charm! Vienna is a gorgeous place to live, especially coming from Oslo, lacking the same level of polite urbanity.

Tereza Kuldova (*1985 in Czech Republic) is trained as an anthropologist, specializing on contemporary South Asia, and especially fashion design, creative industries and business. She holds a doctoral degree in social anthropology from the University of Oslo (“Designing Elites: Fashion and Prestige in Urban North India”, 2013). Tereza has also curated several exhibitions at the Museum of Cultural History in Oslo.

LUCKNOW: THE MAKING OF CHIKAN EMBROIDERY