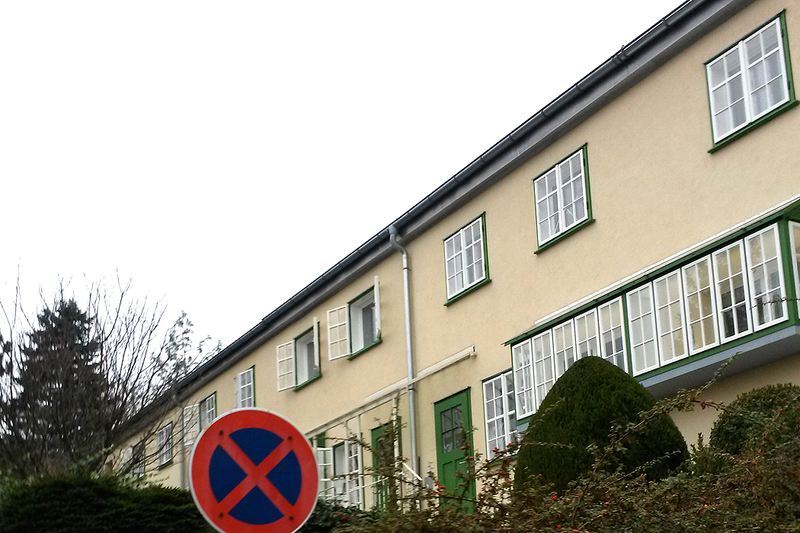 House with One Wall

by c/o Vienna, in Explore Vienna

"The so-called “Loos House Estate” is the perfect destination for a Sunday walk as it is close to Wilhelminenberg and the Jubiläumswarte observation tower." (Caren Ohrhallinger)

Only fragments of the Heuberg House Estate (1921–1924) and Adolf Loos’ “House with One Wall” (1920–22) on Röntgengasse have been preserved, but they were groundbreaking for the design of such housing settlements. In the beginning, the future inhabitants of the two-storey row houses were obliged to contribute 3000 work hours. An important aspect for many of the unemployed and homeless was the garden where they were allowed to plant their own fruit and vegetables.