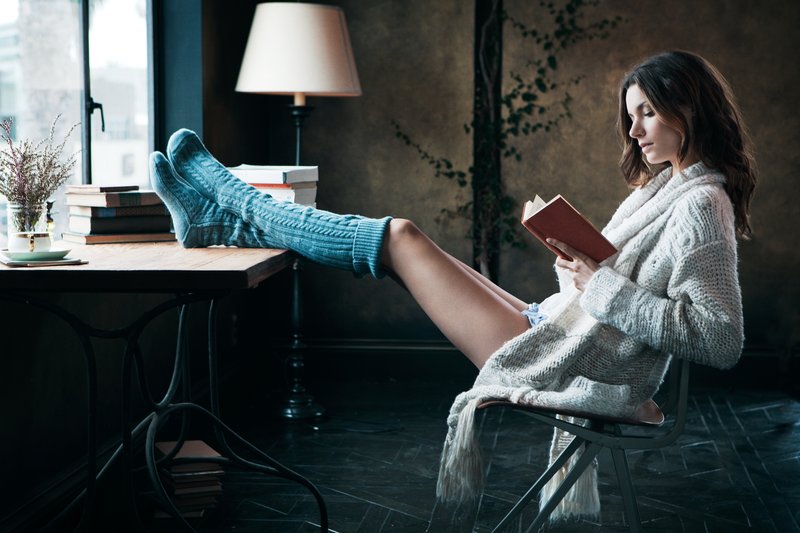 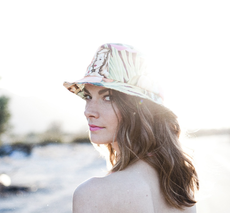 by Jakob Winkler, in People

Born in Graz and a New Yorker by choice, Jana Sintschnig loves to tell stories. She made this passion her job in front, behind, and around the camera. She tells us about her relationship with Vienna, why she would have liked to become a doctor, and her dream to once fly to the moon.

Jakob Winkler: What are you up to at the moment?

Jana Sintschnig: I’m reading Chekhov now, and I find it totally exciting to see how the time and the context in which a piece was written influence the described characters, their everyday conversations and actions.

What influences us today?

Technology! Just think how fast our lives have changed because of it. For example, can you still remember how it was back then to make an appointment without a cell phone? Or think about how we find our way with the cell phone today.

That’s true. And while staring at the cell phone I perceive my surroundings differently and less consciously! You work as a film producer, (script)writer, model, and actress. How would you describe yourself in a few words?

I’m wondering about that, too! (laughs). As a scriptwriter I tell my own stories, while as a producer or actress I help tell the stories of others.

"My life is still a journey for me."

Does that mean you are “in the making” right now?

Sure, a bit. Aren’t we always somehow “in the making” and a student?

And you are just 27 – that’s not incredibly old. Eight years ago you moved to the US as a young girl to study film. Today you work successfully in the film business, and we are sitting now in your penthouse in DUMBO with a view to the East River and Lower Manhattan. Are you living the “American Dream”?

I quite like how you describe my life (laughs). But that’s not how it feels like at all; it’s rather still a journey for me. And perhaps the journey is the most exciting part. For a while I thought it would be great to be a doctor. There is a clearly defined path. That means security. At the same time I know I never wanted to walk in a straight line.

Shooting above the roofs of the city.

Today there’s hardly any security. After all, who has a job after his or her studies that they can pursue for a whole life?

I wouldn’t be able to pursue a single profession for my whole life. All the problems that come along with this flexibility can also have the effect that you stay daring and don’t fall asleep.

"I’m moving to America. It was already clear to me back then."

Are you never under pressure? Do you also have the feeling that the demands are quite high for our generation? This impetus of being special and individual, self-optimization on both a personal and professional level…

Absolutely! I put myself under a lot of pressure, and so does the society around me. I try to consciously differentiate between what I want and what society imposes upon me. In the end you have to learn to appreciate yourself and to find the special in yourself. When you hope to be acknowledged by the outside world, you have already lost.

What would you do if you had all the possibilities and all the money in the world?

Fly to the moon.

You are constantly busy, always have new projects on the go. Writing short films, a concept for a feature film, acting in the web series G.R.O.P.E. How does this all work out?

I get up very early (laughs). No, it’s actually just good planning of the day. That’s probably also the reason why producing is so easy for me.

"The biggest challenge is to keep space for spontaneous things because they are what inspire me the most."

If you could undo a moment in your life, what would it be?

The last drag of the joint.

Why did you leave Austria at the age of 19, and why for the USA exactly?

I sometimes ask myself this question. When I was 13 I suddenly said to my mother, I’m moving to America. It was already clear to me back then.

What are the differences between New York and Vienna – in three characteristics?

New York is faster, Vienna slower. or something else menacing (laughs). In Vienna there are more profound conversations, in New York there are more.

Has your image of Vienna changed since you left?

Yes, very much so! Given my absence I have realized just how great Austria is and what an incredible city Vienna actually is. Of course, one tends to romanticize a bit – especially in the beginning (laughs).

That means, one needs distance from Vienna to learn to appreciate it?

Has Vienna changed since you moved away?

Totally. People have become far more creative; they really do something and don’t just talk about it. This goes especially for the artistic, urban, and social fields. It is more colorful, not so monotonous anymore.

Has Vienna’s reputation abroad changed? It’s a bit funny how the German language is regarded as being really cool all of a sudden, and that Berlin is the hippest city in the world. Where does Vienna stand?

I figure most Americans don’t know so much about Vienna, and if they do, then it’s always the same clichés such as classical music, historical architecture, and Sacher cake. Last year, however, I was in Vienna with some American friends, and they found the city absolutely great ­– not just because of the classical stuff but also the lively, young, and creative atmosphere. It wouldn’t have been that way ten years ago!

What makes Vienna Vienna, in your eyes?

For me, Vienna is a city of artists and intellectuals, who nevertheless know how to party: smoking and drinking, they get excited, sitting in the coffee houses. I don’t know if I can put this in words so well. I would like to show it with a photo. I have the feeling that Vienna’s rich history – both in positive and negative terms – is used productively today. This goes for the creative realm, where the long tradition of art is carried on and further developed. But also in the social context. A lot has been learned there. Today, Vienna is a city that cares for its citizens. And that was not always the case.

What do you like the most about Vienna, what do you hate?

I love sitting in the coffee houses. Berlin can learn a thing or two there! What I don’t like? Vienna is so gray! And the wind is brutal in winter, it really sucks.

Vienna has huge potential. The city could still evolve further and become an even more fertile soil for creative people and innovative life concepts. The high quality of life in the city could really give people the freedom to work on cool stuff, invent new things, and make them reality. That’s the big potential of this city.

And a negative scenario?

I hope the Viennese don’t stand in their own way. There is still this tendency to talk a lot and do little. Also the fear of being different, many have that in Austria.

If you had to make a definite decision between living in Vienna or New York?

I don't like it, but it would be Vienna.