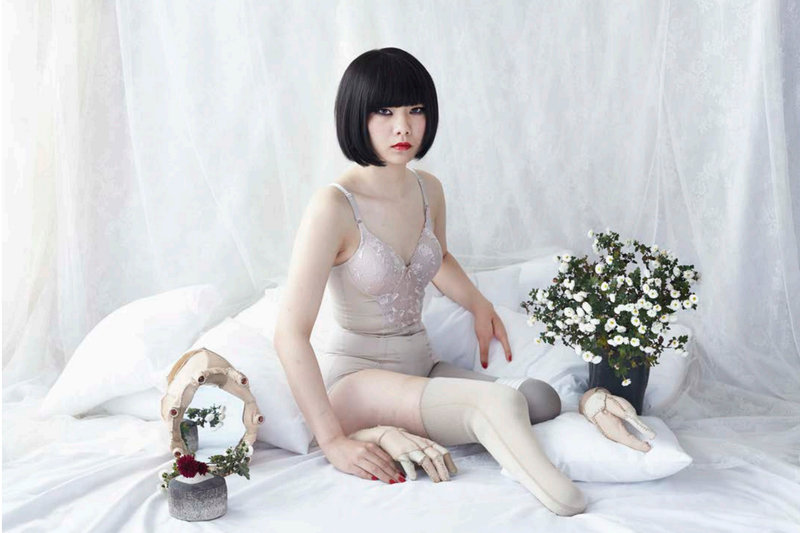 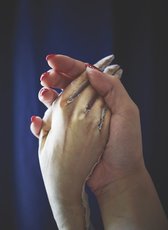 Bizarre News from an intimate World

Mari Katayama’s story reads like a twenty-first-century fairy tale: She became famous on the social network MySpace virtually overnight when she uploaded a photo of herself lying amid her self-sewn stuffed animals. What drew people’s attention wasn’t just her handcraft but her amputated legs and prostheses. Tibial hemimelia is the name of this rare disease which the 29-year-old Japanese artist was diagnosed with as a child and led to a shortening of her shinbones and the deformation of her hand. As a young girl she made the decision to have her legs amputated in order to be able to walk in prostheses one day – mind you, in high heels. The artist, who is also active as a singer and model, documented learning how to walk with aids under the title the High Heel Project. Museums and galleries across Japan vied for the work of the photo, sewing, fashion, and performance artist, as can be seen most recently in her solo exhibition at the Museum of Modern Art in Gunman, Japan and the group exhibition at the Mori Art Museum in Tokyo. The young mother Mari Katayama has thousands of followers on Instagram. She is more afraid of people than she is of ghosts.

“I am not sure if something like ‘intimacy’ exists in this world.”

What does intimacy mean to you?

Since I am not very good at getting along with people, it is difficult for me to build an intimate relationship with someone. So I do not have a clear image of what the word “intimate” should mean. Naturally, intimacy cannot be achieved through one-way communication, but personally I doubt that mutual communication is really possible. In that sense, I am not sure if something like “intimacy” really exists in this world.

Is there one question you would like to find an answer to?

In my projects I always ask myself: “Is this really necessary or not?” Whatever material I might be dealing with, I try to arrive at a critical and strict judgment in order to see if it is really suited as a work.

What is the nicest compliment someone made to you?

I am afraid I cannot think of one.

What are you afraid of the most in life?

I am more afraid of people than I am of ghosts, although I have never seen any. What I find strange about people is that they tend to create too many things we cannot control, like cars and nuclear power plants, for instance. People use their talents to create things and to destroy things.

What is your favorite body part and why?

I would say my voice because it is the only part that my mother and I have in common. Otherwise, there isn’t another part of my body that I really like.

If there was something you could change in the world, what would it be?

I would abolish the death sentence for good.

What is the first thing you do in the morning?

I open the curtains, change my daughter’s diapers, then I make breakfast and prepare a lunch box for my husband. Before my daughter was born I didn’t have a fixed morning routine.

David Meran, our managing editor, discovered the Japanese artist Mari Katayama at a group exhibition in Mori Art Museum during his stay in Tokyo. Knowing that there is nothing more difficult for a Japanese person than saying “no”, we boldly asked for photos for our magazine and answers to a few questions. Cliché or not, you can simply rely on Japanese courtesy!