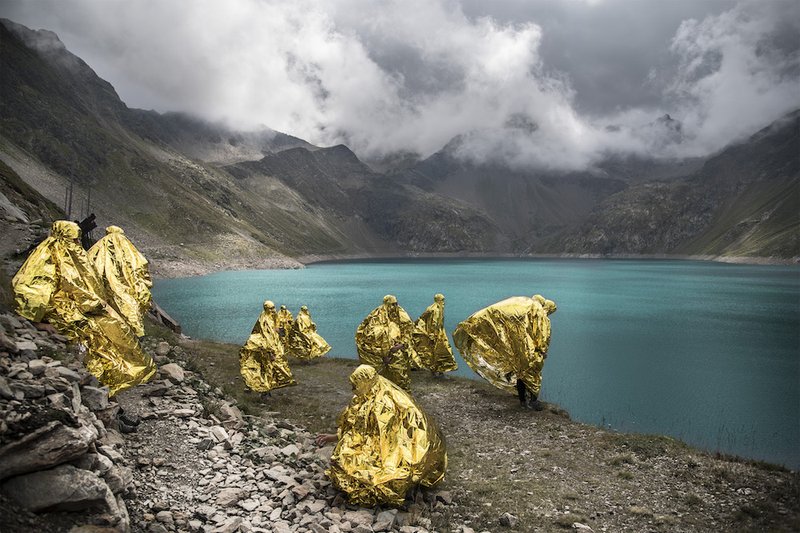 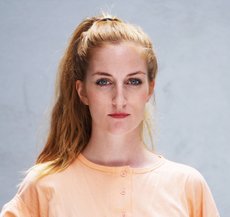 by Lena Stefflitsch, in People

Guess what I wear under my Burka

A bathing ring? A rubber weenie? A sail? The photo series Guess what I wear under my Burka by Nicole Weniger, an Innsbruck-based media and performance artist, doesn’’t provide an answer, rather she poses another question: Where’s the humor when it is about a garment that covers, conceals, and frightens?

“The burka interests me on an abstract level – it represents identity while hiding it.”

She developed her photo series during a residency in Istanbul, where the burka or the niqab are omnipresent. At the same time, there was a broad discussion in the media about what has already been implemented in the meanwhile – the ban on face covering. The city with its many rules and conventions serves as inspiration for the performance and installation artist who prefers direct interaction – be it in public space or on stage.

“It’s a nice moment, when a burka is lifted by the wind and you suddenly catch a glimpse of high heels.”

Her favorite method: humor. It enables her to approach controversial topics. In her images the artist satirizes the Western skepticism toward Islam and plays with the tendency to perceive Muslim citizens superficially as terrorists and thus a danger.

During her stay in Istanbul Nicole Weniger wanted to personally try it out and put on a burka and wandered the streets of the city. “It was a strange feeling. You are invisible because no one perceives you, and at the same time you are comfortably hidden.” Now she also knows why burkas are often black, they seem like a shadow and underline the being-invisible.

Regarding her personal approach to her own private sphere, she says it would probably do her good to hide a bit more and fight against the everyday striptease in the social media – “although everything comes out in the end anyway.”

A practical tip for the ban on face covering in Austria. Can I wear a scarf or am I – illicitly – already veiled? If you want to play it safe: The website www.schal-legal.at provides a list with places with sub-zero temperatures, which thereby justifies a scarf in the face, and takes into account the so-called wind chill factor of the American meteorological service.

Nit picking. While the artwork names the burka, the photos actually show a niqab, which does not cover the eyes. In the strict sense, a burka has a cloth grille in front of the eyes.

On that note, what happened actually to the Algerian-French millionaire Rachid Nekkaz who intended to pay all the fines of women convicted for wearing a burka? After miserably failing to personally hand over the fine to Austrian Chancellor Kurz, did he set up a standing order for transfers to the government?

Nicole Weniger’s large-scale photographs were exhibited for the first time at the Austrian Cultural Forum Budapest in 2012, then traveled on to the Galerie im Andechshof, Innsbruck. The reactions to her works were quite positive – above all, from the Muslim visitors.