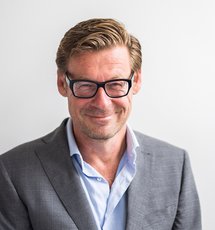 by Maria Schoiswohl , in People

A city for everyone?

Riklef Rambow is critical. Toward all the romantics who demand a “city for all” he argues that it only works with a certain degree of exclusion. Moving to the countryside can be strenuous – too much free and green space might also turn out to be rather boring. The microhousing trend is hip, but latest by 40 everyone wants a room for themselves and for each child. From noble ideals to the hard reality.

What type of living space is good for people?

From a psychological perspective, it is the same topics as in city planning: It has to do with possibilities to retreat, transition zones, and opportunities for contact with the outside. But there is not the right home for each and every person. In terms of surface area the needs are very diverse. On the one hand, everyone is talking about microhousing at the moment; at the same time it is still the case that most people prefer one room more than one less over the course of their lives. Hence, we are now at an average of 45 m² per head. It is actually an absurd number given the housing shortage in many big cities.

So the trend toward reduction in housing is a myth?

How is it with space for children?

The need to provide an own room for a child latest from five years old on is essentially a consensus for all walks of life in Austria and Germany. Today my students are generally living on a different level than I did 30 years ago. Initially, three of us grew up in a 12 m² room, and my room in a shared apartment – when I was a scientific assistant  – had 11 m². Not to sound too avuncular, but it is important to mention that architecture and urban planning today are still, above all, about a sensible approach to growth. Regarding space, the maxim “quality before quantity” is obviously – still – extremely difficult to implement.

Yes, for sure. But there’s a big problem: the most spatially expansive phase between 40 and 50, when the income has reached a certain level. And then at some point it becomes less again. But then there are often no offers attractive enough for one to reduce their living space once again. Since a good hundred years architects have been working on a sustained housing concept: the idea that one can expand and reduce the size of apartments via connectible rooms – that they grow along with different life phases. Then one doesn’t have to change living spaces at an older age rather simply give up a room.

It is a nice idea, but due to technical reasons it never really worked out. The result is that today many elderly people occupy living spaces that they don’t really need anymore. That’s a problem. Nowadays there are numerous interesting housing models for seniors – multi-generational living, senior living groups, and others. Some of them work fine, but there isn’t a patent remedy for a sustainable reduction in spatial usage.

How should a city be designed so that we feel good there?

In a city we coincide with many people, not all of them are sympathetic, but we have to co-exist with them. That creates stress. The freer the design of public space, the lower the stress that develops. The more confined they are, the higher the stress level.

How can you de-stress a city?

In any case, you need flexible, open spaces which can be used in different ways. Streets and squares that facilitate an inside and outside life. And naturally, urban green spaces, plants in whatever form. That’s something that many cities – in Asia, for example – are trying to reinstate after the fact. Singapore and Seoul have made great efforts to win back green and free spaces. People urgently want and need – for psychological and physiological reasons – green lungs.

“Many city districts even suffer from surplus free space.”

So in the urban planning of new city quarters that means more free spaces, more green, then a peaceful community is guaranteed?

It is a great challenge for architecture and city planning to create a city or a quarter from scratch. You can really only judge if it is a success after 20 or 30 years. The planning is informed by many studies about how a city could work. But some things don’t work straightaway. Some things never perhaps. There are many possibilities in the planning of free spaces – places for urban gardening, pocket parks, barbeque areas, playgrounds and sport fields. But the high building density, like the popular Gründerzeit quarters in Vienna’s old city, are no longer possible today for legal reasons. New cities are therefore more open, generally speaking. Many city districts even suffer from surplus free space.

Did I get that right? There can also be too much free space?

Free spaces are good when they are used. But they cannot be too big and uncontrolled. That can lead to trouble spots, neglected areas. Albeit, the opportunities that architecture and city planning have to create habitats which are suitable for people from a psychological and sociological perspective are limited. Such living spaces have to be fought for – typically against economic interests. 70 to 80 percent of what we find in cities has been determined by other factors than the design knowledge of professional planners. Just because you know what actually needs to be done definitely doesn’t mean that you can also realize it.

How is it in rural areas? There is a lot of space and green. Is that healthier for us?

No, you can’t make a generalization. Problems on the countryside are totally different. As psychic beings, we always have to regulate our social contacts in a way that is good for us. The degree is different for each individual, but we need relationships with other people. At the same time we also need the possibility to withdraw. This balance works very differently in rural and urban areas.

“There are very few 70-year-olds still on a skateboard with a joint between the lips. But do they have to move to the periphery?”

Just how different is the countryside in comparison to the city?

An organically-grown rural community has advantages. There is a social network which can give you energy when you have reliable relationships. But when I live in a community that exercises a high level of social control then it is only pleasant when I fit in.

Right. It’s a particular challenge for those who move out of the city to the suburbs or the countryside and have to build up this network from zero. The anonymity that the city offers doesn’t exist on the countryside. And the aspect of the space and the green there is just one option. I can use it, but I don’t have to. Not every villager enjoys these free spaces. On the contrary. The forest, the fields can represent a barrier that has to be surmounted, in order to get to work, for example. That illustrates how strongly the spatial, architectural surroundings only define a framework which one has to personally fill in.

Is there an ideal city for all?

The inclusion debate in the urban context is sometimes seen through rose-colored glasses a bit. This debate is often conducted between the younger, urban, international, and cultural-creative segments of the population. “Who owns the city?” “City for all!” are the paroles. I believe we have to sustain the ideal of a truly inclusive city, which satisfies all interests equally. But in practice certain forms of exclusion are unavoidable in the city.

“A bit of exclusion is even needed in the city.”

So the “city for all” is a utopia?

Even with the utmost consideration there will never be urban spaces that meet the needs of all groups. Hence, a bit of exclusion is even needed as the needs are so diverse. When someone would like everything a bit slower and more peaceful, this comes across quite crass for a 20-year-old. Almost dead. But to a certain extent it is a completely normal psychic need. There are very few 70-year-olds still on a skateboard with a joint between the lips. But do they have to move to the periphery?

Is that a yes for urban “ghettoization”?

No, not at all! But when you deal intensively with psychological questions, it leads to a more tolerant attitude toward niches and protected spaces. They just can’t be too rigid. In the moment a neighborhood is no longer permeable, and one doesn’t feel good there as a member of a respective other group, then it becomes critical – and we have to work against that. But the idea that everything can be equally mixed all over the place is very romantic.

Thanks for the talk!

Riklef Rambow (* 1964) is an architecture psychologist. He is the head of the Architecture Communication class at the Karlsruhe Institute of Technology and director of PSY:PLAN, Institute for Architecture and Environmental Psychology. Rambow lives in Friedrichshain, Berlin, a lively Gründerzeit district with a young and international population. There are public spaces, a weekly market, and the RAW grounds, a creative and party complex on an abandoned factory terrain. “There is a space for living for every life phase,” says Rambow. How long Friedrichshain will remain this place for him is an open question.

The Bucharest-based photographer was a big discovery for us. His images have already been published in magazines like NY Arts Magazine, Punctum, and IDEA. To date he has had five solo exhibitions in, for example, Bucharest, Timisoara, and Paris. His work titled “10/1“ for the conservation with architecture psychologist Riklef Rambow is full of poetry and humor. It consists of ten photographs shots in ten one-room apartments a residential block in the eastern part of Bucharest. One of 70,000 apartment blocks, more or less identical in details from the outside and inside. “I chose this building because I also live there myself. I photographed each apartment from the same perspective in order to better portray the mixture of social layers,“ says the photographer.