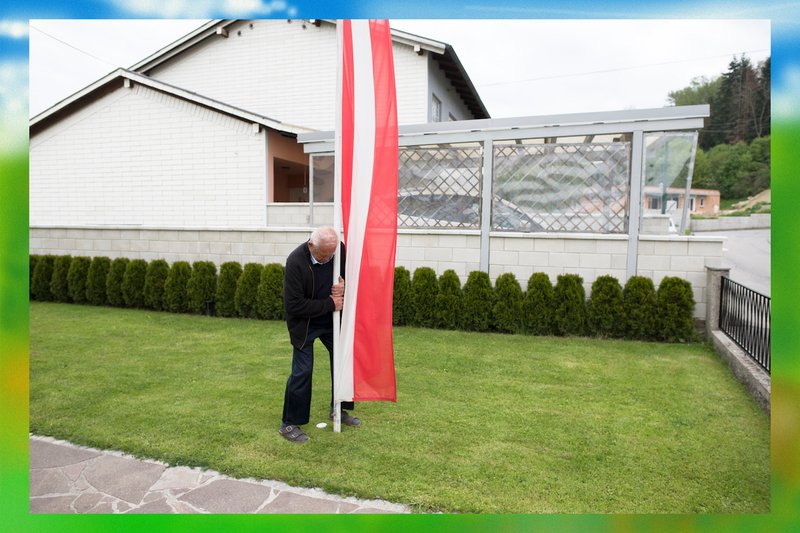 Do you want to get published in an international magazine? Our new PROVINZ ISSUE will be out in September 2022. Send us your PHOTOGRAPHS, ARTWORKS, ILLUSTRATIONS, and TEXTS. Our topic is provincial living, in all of its many aspects. DEADLINE: MAY 10, 2022.

"Exit the digital wasteland!"
The photographs used in this article were provided courtesy of the Austrian photographer Simon Lehner. Thank you very much!

WHAT IT IS ABOUT

After releasing our fourth printed issue, THE WASTED ISSUE, last year, we’re ready for C/O VIENNA #5: THE PROVINZ ISSUE. Our magazines are distributed internationally, from Bucharest to – obviously – Vienna, from Berlin to San Francisco. We are available at selected bookstores and the most important international Art Fairs.

Send us your artwork and get published bilingually in English and German.The issue counts around 300 Pages in a circulation of 5.000. Our meticulous art direction is done by Viennese branding & design agency seite zwei. The Deadline is MAY 10, 2022.

"Provinz is international."
These are the grandparents of Simon Lehner. This picture is part of his work "Koal" which we published in our Private Issue 2018.

You may apply if you’re a visual artist, journalist, photographer, graphic designer, illustrator, or a creative hybrid. Be aware, that your artwork will be printed!

Please make sure that you submit works/photos that are SUITABLE FOR A PPRINT PUBLICATION in a magazine, so don't send us pictures of your last installation. Please write to us – obligatory – with a few words of your own, how your contribution might look like in our magazine!

Please submit your works based on the following guidelines:

"Go crazy!"
Koal in his garden, an art work by the Austrian photographer Simon Lehner.

In Austria, the german word for province is typically associated with the rural, rustic regions Thomas Bernhard hated so much. The feeling of being stuck, that one develops while growing up in such a place, became universal within the last two years. We’re trying to leave the digital wasteland and explore its real-world-counterpart, far beyond the Austrian countryside.

There are rich artistic possibilities to explore in provincial living: the social dynamics, that naturally develop in small, close-knit communities, from the neighboring wheat farmer to the demented mayor; the conflicted feelings one can feel towards one’s rural place of origin; going back and realizing why you left in the first place; the sharp contrast between excruciating boredom and a beautiful landscape, among many other aspects, beyond the usual clichés.

That’s why we kindly ask you to refrain from photo series of garden gnomes and white picket fences, which have been explored enough. Also keep in mind, that we hold high quality standards at our magazine, to which your submissions will be measured against. Aside from that: GO CRAZY!